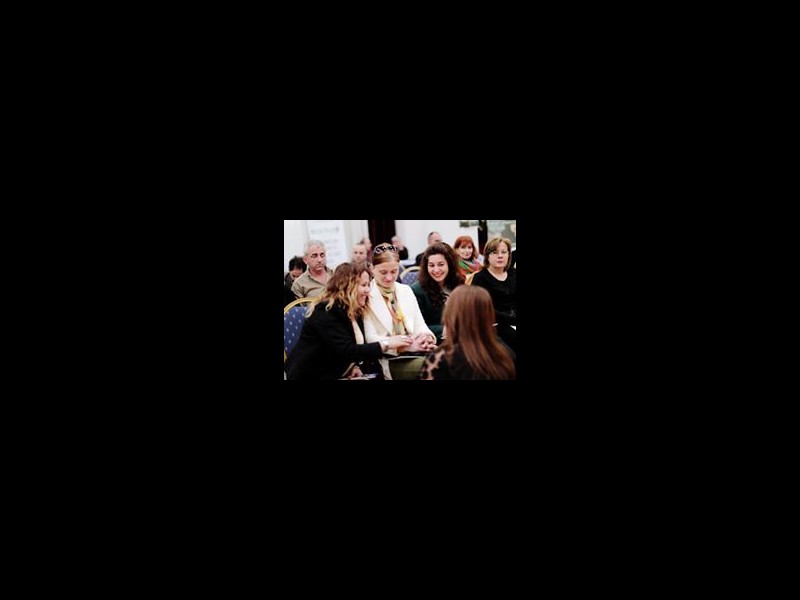 On 23 February was organized the closing ceremony of the Project” Leveraging the Capacities of the civil society in North of Albania, for the improvement of biodiversity and environmental protection-EcoNord, which finalized with success its objectives of strengthening the administrative, financial and technical capacities of 27 CSO-s through coaching, “learn by doing” approach  and networking.

The event was attended by Mrs. Enkelejda Bregu, Project Manager at the EU Delegation in Albania,  Mrs. Almira Xhembulla, Member of Parliament and of Parliament Commission for Social Issues, Mr. Arian Palluqi, Director of Fishing Directory at the Ministry of Agriculture and Rural Development as well as Mr. Myftar Doci, Executive Director of ANTTARC.  Representatives Protected Areas Agencies of Lezhe and Shkoder, Regional Environmental Center, WWF Adria were also present at the event.

The closing ceremony attendees consisted of representatives of 27 CSOs.  They displayed their projects’ products in a fair organized for this event and also reviewed the projects’ results and their sustainability and elaborated the importance for further networking and collaboration.

The EcoNord Project, financed by the EU,  started in December 2014 and  focused on leveraging the capacities of the local civil society for the improvement of biodiversity and environmental protection in north Albania.  The Project  finalized with success the implementation of 27 local initiatives of CSO-s, which will continue their active role in promoting environmental protection and biodiversity, under the framework a broader initiative, that encourages the active participation of the civil society in the development of policies, which contribute in accomplishing Albania's obligations stemming from the Stabilization and Association Agreement.

“The environmental chapter is one of the most important  for Albania accession negotiations with EU. The EcoNord Forum must encourage communitarian initiatives with the help of EU desks present in each municipality. Gender equality and youth promotion should be also on the focus of CSO,” said Mrs. Bregu adding that  EU integration is also respect for each country individuality, thus we should promote our cultural and natural heritage.

Mrs. Xhembulla stressed the importance of preserving the environment and promised to become an important voice in the parliament for initiatives that promote biodiversity and environmental protection.

Mr.Palluqi  stressed the importance of the  Fishing sector in Albania and praised the work of  the Association of Fishing Management in Shkoder for the  successful implementation of endangered species and their habitats in Shkodra lake.

Supporting civil society's capacities is one of the key priorities of EU in Albania. Eco Nord proved to be a successful initiative in the area of environment, supporting local level civil initiatives, networking and encouraging of their "watchdog" role” through EcoNord Forum, a new path to address important environmental issues in Albania.